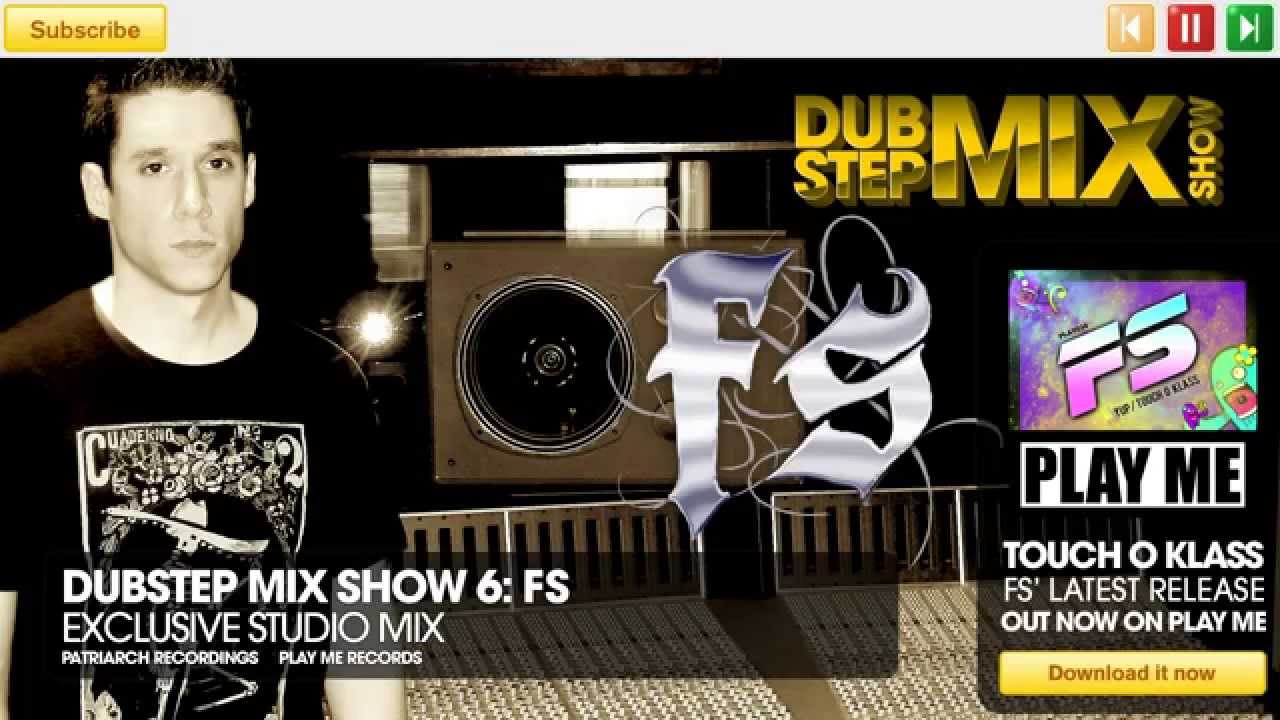 The Dubstep Mix Show on YouTube presents FS. This American producer and DJ from Brooklyn, NY has started to continunally hit the Dubstep charts with absolute smashers such as "Yup", "Touch O Klass" and "Shake Dat Ass".
FS started writing music at the age of 10, playing the piano and guitar. Fascinated by electronics, he built his own electronic mixer out of spare Atari parts. In his late teens, he went on to produce many local NYC artists and signed with major labels including Polygram and Universal. From there, FS rolled into writing music scores for the television and film industry, with his tracks appearing in shows such as CSI, Weeds, Entourage and The Real World.

Luckily for us, he jumped into Dubstep from there, and we can now enjoy the fruits of his labor. Which you'll hear plenty of in this mix.

Out now is the single "YUP" from FS's Touch O Klass EP which this week hit #1 on Beatport's Dubstep chart. Get it while it's fresh: ► http://j.mp/DOW… ◄

In this mix, FS brings us 9 of his most exclusive tracks in just over 20 minutes including FS' remix of J. Rabbit & Tremourz "Sexy Party" and the "Money All Day" dubplate which will be out this summer. Leave your appreciation in the comments!

►BIOGRAPHY◄
Renowned Writer/Producer/Artist/DJ Frederick Anthony Sargolini, a.k.a. FS, began DJ'ing and playing piano and guitar at age 10. His fascination with electronics and music began while constructing his first home-built mixer out of an Atari, spare circuitry and a few switches, and he soon after established a reputation as a producer and composer for local New York City artists. By age 16, deals were in place with Polygram/Universal Records and Chrysalis Music Publishing, and within a few years he was hired by Character Music to write and produce for major-label soul/R&B acts including Carl Thomas, Soul 2 Soul and Brandy.

After co-founding Ming+FS, and releasing four, full-length albums and over thirty 12" singles, he launched Patriarch Recordings, his production, artist/brand development and creative agency. Placements include TV, film, video games and advertising: CSI, Weeds, Entourage, Sony, Stomp The Yard, The Real World, as well as over 50 different TV shows and films. FS discovered, developed and produced Kirsten Price for Columbia Records, including her hit 'Magic Tree' Tree' featured on the L Word, and he produced and co-Wrote 'Nice For Me', the forthcoming single for Hip Hop legend Greg Nice's new album. Recently, he composed and created music for the Middle Men trailer released on Paramount Pictures, and his original score for the new Tyler Perry's Madea's Big Happy Family trailer can be heard this spring and purchased on Itunes.

FS has shared the stage with the likes of Sting, The Roots, St. Germain, Run-DMC, Burning Spear, A Tribe Called Quest, and Moby, and has toured the world playing festivals such as Coachella, Mount Fuji Rock, ACA World Sound Festival, Audiotistic, Sundance Film Festival, and more. A pop culture aficionado, his studio companions are a muted TV, flickering images of Adult Swim and Family Guy, and the sounds of New York City (sirens, crashes, and car horns) pouring in through an open window. At its core, this urban perspective represents the bedrock of his musical and artistic process, and is the key to his ability to create in a unique but accessible way