Drum and Bass mix by High Maintenance from AudioPorn 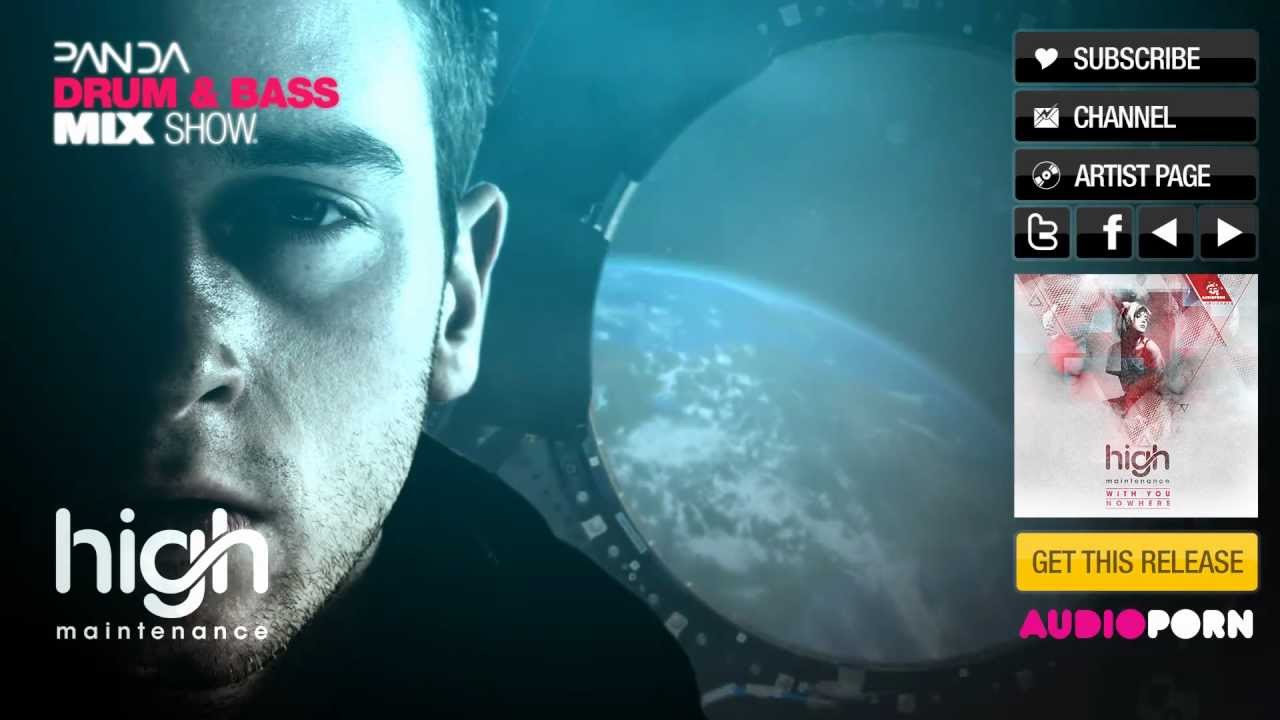 With the end of the year nearing soon and everyone avoiding the cold, staying in their beds clinging to their female, male or stuffed animal counterparts, I'm bringing you some music to warm up against. This is AudioPorn's latest and greatest....High Maintenance! The Brighton-based producer is just off releasing his debut EP on AudioPorn featuring the huge dubstep smasher "With You" and drum & bass roller "Nowhere". Now he's visiting the show to bring you over half an hour worth of the biggest drum and bass tunes in his arsenal; mixing his own and label mates' work. And somehow, he seems to have gotten stuck in a spaceship just outside Earth's atmosphere. Tune in, let me know in the comments what you think of it and as always, don't forget to subscribe and rate it if you've not yet done so, we're just a step away from 100,000 subscribers thanks to you lot! -Panda
★ Biography ★
James Smith, aka High Maintenance, may appear a relative newcomer to the drum and bass world, but he did not need time to catch the attention of some of biggest names in the game. Shortly after releasing some digital tracks in 2009, this producer's producer began to hear his tunes on John B's podcasts; it wasn't long before he was sought after by a number of respected drum and bass labels. In early 2011, High Maintenance opted to sign onto Shimon's AudioPorn Records and DisasZt's Mainframe Recordings, kicking off with a tremendous remix of Ed Rush and Tali's "Dark Days," the lead track from Tali's forthcoming album.

High Maintenance began his ascent into music at the age of thirteen with the guitar. "I'd put on an album and learn it all in an hour." When this became banal, High Maintenance decided to pick up a new instrument: the drums. Soon the fifteen-year-old maverick and his newly formed band began playing events in his hometown of Haywards Heath, England. Writing tracks with the band gave him his first taste of his own musical abilities, but having to compromise on his aural vision proved frustrating. "I just wanted to compose a whole piece by myself without having to rely on other people," he says, "so I started producing."

High Maintenance soon became impressed with the sounds coming out of the electronic music scene, which lead to his first production: a remix of Daft Punk's "Harder Better Faster Stronger." The realization that he could turn his love of music into a career didn't come about until a number of years later though, when he produced a track entitled "Sun Flares" (forthcoming on DisasZt's Mainframe label). "It was the first track that I had produced through active monitor speakers. They definitely changed my life."

Aided by the support of YouTube channels such as SkankandBass and Neurofunkgrid,   High Maintenance found that drum and bass DJs and aficionados quickly embraced his energetic and heady tunes. "I like to make loud and rowdy tracks with screamy bass, but that still use nice musical melodies," High Maintenance says. "It gives the music two kinds of emotions."

In spite of the rapidity with which his tunes have been embraced by the drum and bass world, High Maintenance is not content to simply make a big tune and rest on his laurels. Pushing to master all aspects of the music that he loves, he is educating himself in everything from mixing and mastering to live recording of bands to composition.