Drum and Bass mix by Lynx from Detail Recordings 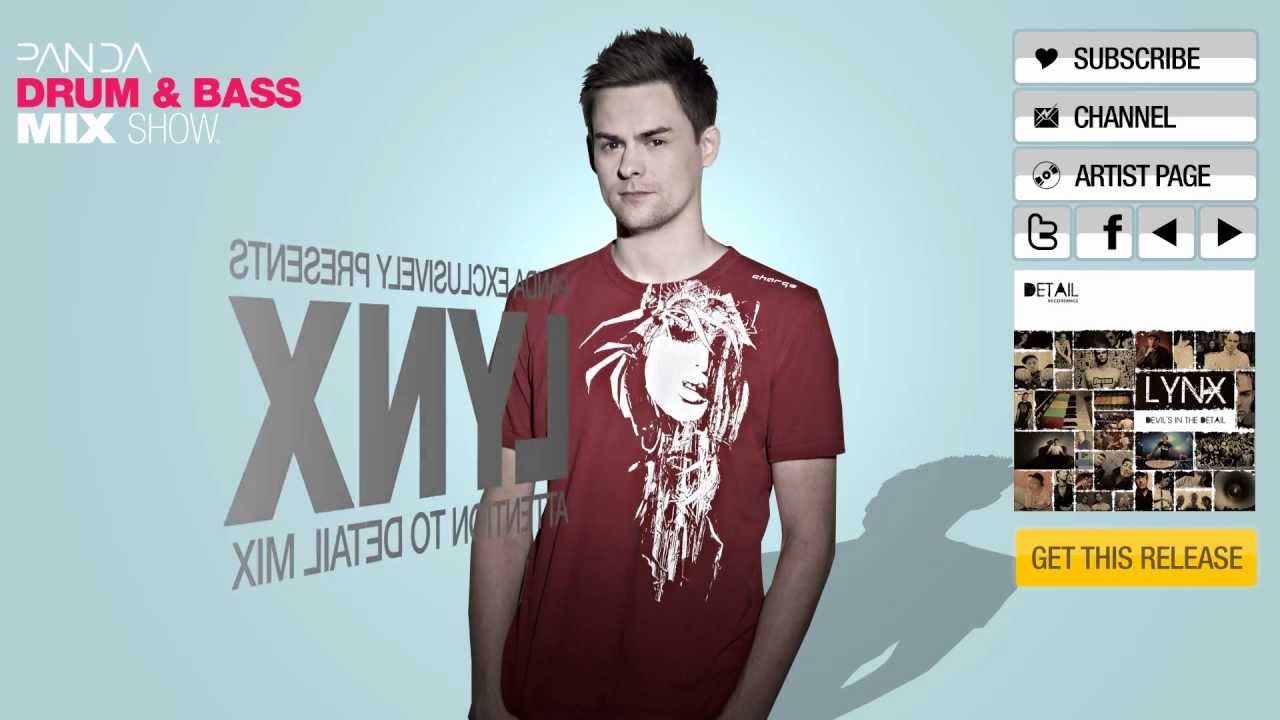 Panda presents Lynx in the mix. Emerging as a producer in 2007, Lynx has been bringing a fresh new perspective to the drum and bass genre with funk-fuelled and minimalist beats and delicate bits of sound precisely laid down in his tracks. His track "Disco Dodo" made a huge impact on the scene as it was completely different from anything we heard before. Fabio called Lynx an "Electronic Genius", Laurent Garnier called him "Brilliant" and MixMag made Lynx's "Keep It Low" its tune of the month.
After releasing music on labels such as Soul:R, Digital Soundboy, Creative Source, Bingo and 31 Records, Lynx launched his own imprint Detail Recordings and on there he has been working with artists such as Kemo, Seed and Sense MC.

After many singles, it's now time for an long-awaited album relase by Lynx which is "Devil is in the Detail". It's out this November and features collaborations with Noisia, Fats, Deeizm and many more.

In this mix, Lynx brings you his and friends' latest and best work in just over half an hour. Lock in and leave your appreciation for him in the comments section.